Ten Years Ago Today – The End of Old Chumley’s

Ten years ago today, a chimney at 86 Bedford Street separated from an interior wall and collapsed into the world-famous Chumley’s bar. Chumley’s would never be the same again.

The bar (now a restaurant) did recently reopen, in October 2016.  According to Architectural Digest, it was updated to “evoke the 1920s glamour of New York’s most stylish speakeasies.”  New owner Alessandro Borgognone stated: “I looked at old archives and photographs of Chumley’s and the whole idea was, How do we make this place that looked like this look better?…Everything we did, whether replacing the fireplace or replacing the bar, we did it better.”

Well, of course ‘better’ would depend upon whether you preferred the divey old place or the chic new one.  Anyone expecting to find cheap beer and burgers will be sorely disappointed. 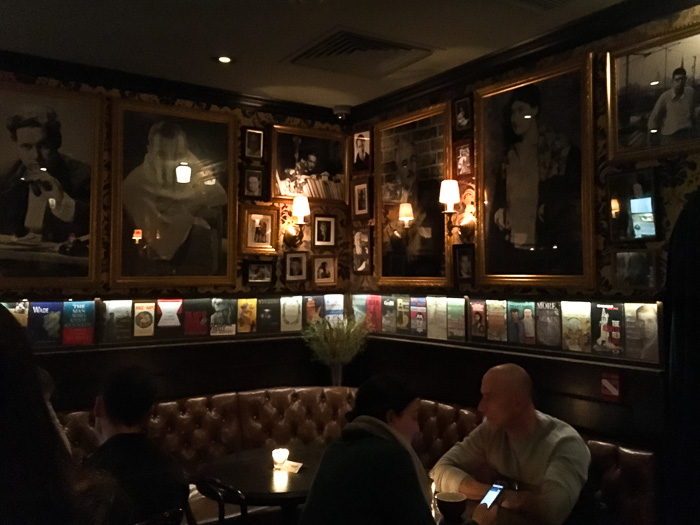 The “new” Chumley’s. Image via gastrochic.com

A recent New York Times review describes the differences somewhat more vividly: “If you heard that Chumley’s is open again, you were misinformed. The dim, spare, beer-scented hideaway in the West Village is gone, torn down, not coming back. At its old address is a restaurant that has nothing in common with the original except a name, a door, an archway and framed photographs of, and jackets of books by, writers who used to drink there. Most of them wouldn’t be able to afford a cocktail there now, let alone dinner.”

The saga to re-open Chumley’s took over ten years and was extremely contentious at times. Five years ago, GVSHP reported:“The 2007 chimney collapse occurred as unapproved interior renovations were taking place in the building. The building and its owner had a checkered history as far as maintaining and renovating the structure, and had received violations over the years for things like the removal of structural partitions without a permit, failure to maintain the facade, and digging down two feet in the cellar without a permit. Also, through an administrative error, the Department of Buildings had not even listed 86 Bedford Street as part of the landmarked Greenwich Village Historic District.

This omission allowed the Buildings Department to issue alteration permits to owners without them first getting approval from the city’s Landmarks Preservation Commission. In 2006 GVSHP alerted the Department that several hundred buildings in the Greenwich Village Historic District — including 86 Bedford Street — and throughout the city were left vulnerable to improper alterations because of this omission.”

Regardless of the changes to the interior and menu, the exterior work is finally complete, and the unmarked entrance, arched doorway, and heavy wooden door have returned (though there was some controversy about the deconstruction and reconstruction of the building, sparked in part by the damage done by the work in 2007 and the chimney collapse).

We can always remember the old Chumley’s via its matchbooks, however, such as the one shown here at the right.  You can also click here to read more about historic Village Matchbooks.