A Tour of the Bowery, From GVSHP’s Historic Image Archive and Urban Archive

Sam MoskowitzPosted on July 23, 2018 Posted in Uncategorized — No Comments ↓

Northern end of the Bowery where it splits to 4th and 3rd Avenues, from the GVSHP Historic Image Archive, NY Bound Bookshop Collection

The Bowery is Manhattan’s oldest street, predating European settlement. We don’t know exactly when native Americans first began to use this path. We do know that in those early days it was called the Wickquasgeck Road because it led to a settlement of people bearing that name. Following European settlement, the Dutch established a set of farms, or bouweries, along the path. These bouweries consolidated into the Bowery Village, and the road leading to it became known as the Bowery (or Bowry) Lane. It became the main route of the city’s expansion. As New Amsterdam grew north, it tended to do so following that longstanding Bowery route. It was the widest road on the island at the time, which made it a natural thoroughfare for manufacturing, industry and other development. By 1813 (August 23rd, to be exact), it was so well established within the growing city that it was made official, and the name “Bowery” was forever marked in the record books.

Join us on a path through history on our newest walking tour, as we explore the Bowery from Houston Street to Union Square. Use this link to access this guided walk on the free Urban Archive app (this link will only work if you have the app). If you don’t have the app, download it here.  GVSHP has partnered with the Urban Archive App to develop several free guided walking tours. See the bottom of the page for links to additional walking tours. These tours feature images from the hundreds in our Historic Image Archive.

310 Bowery lies within the NoHo East Historic District, designated in 2003. This two-and-a-half story Federal home was built around 1820 as an investment property for tobacconist George Lorillard at a time when this area was developing with homes for the city’s expanding middle class. It is one of a small number of surviving early 19th-century residential structures on the Lower East Side. 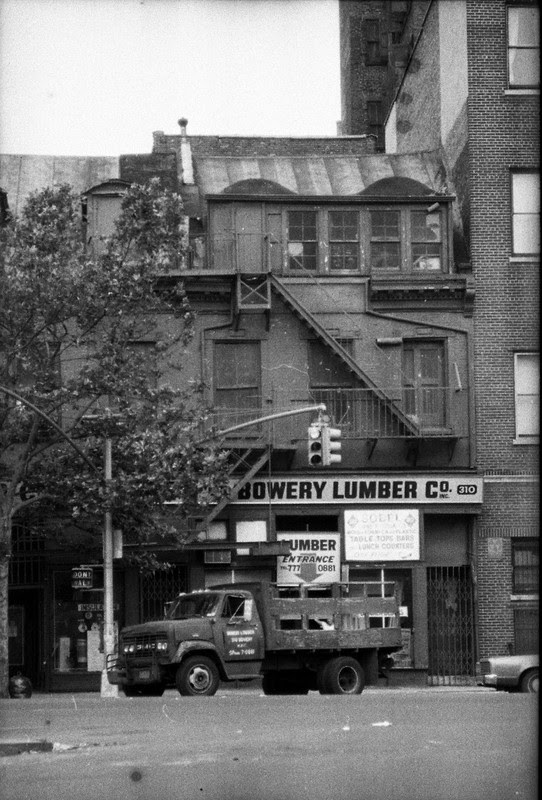 Just a few steps away, 316 Bowery (with mansard roof on the left) is known as the Irwin Building. It was constructed in 1868 as a store and dwelling for the banker Robert Irwin during a period when many of the older buildings in the area were being replaced. Soon thereafter, it was used as a store and warehouse. From 1894 to 1915 the building was a hotel and converted to a store and factory after 1915.

Across the street at 315 Bowery is the former home of CBGBs. From 1973 to 2006, CBGBs was an influential incubator for underground groups in the punk and rock scene. 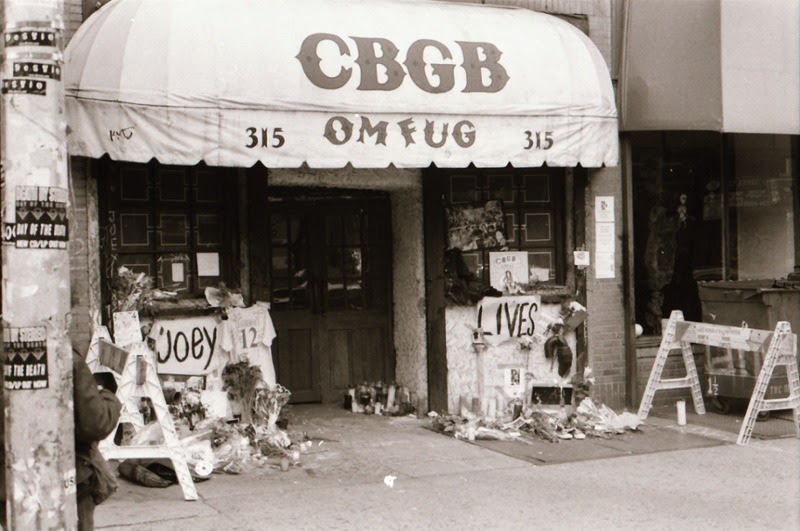 From the GVSHP Image Archive, Meredith Jacobson Marciano Collection: New York in the 1970s through 9-11

Located between 3rd and 4th Streets, 357 Bowery is an individual landmark. Built in 1870, the Germania Fire Insurance Company dates to the period when this area was the German-American neighborhood known as Kleindeutschland. Now residential, from 1929 through the early 1970s the building housed manufacturers for barber-shop and beauty-parlor equipment.

This c. 1960s image of Astor Place shows the Cooper Union Foundation building, landmarked in 1966. Built from 1853-1859, it was in this building that in February, 1860, Abraham Lincoln gave a speech which he later credited with winning him the Presidency.  Note the no longer extant Astor Place luncheonette.

From the GVSHP Image Archive, Jack Dowling Collection: Decay and Rebirth Along the Greenwich Village Waterfront in the 1970s

Continuing onto Cooper Square and 4th Avenue, 51 Astor Place is now occupied by a very large glass-faced building known as the “Death Star”, which houses offices for IBM. But from 1853 to 1956, the block was occupied by the Bible House of the American Bible Society. This facility produced tens of millions of Bibles in various languages and was the first cast-iron framed building in the city. This building, along with the nearby New York Mercantile Library, attracted other publishing firms, libraries, and bookstores to the area that would become known as “Book Row”. In a weird twist of fate 150 years later the Death Star and IBM have attracted other tech firms to locate in this highly desirable area and it is increasingly becoming a destination for tech companies.

132 4th Avenue, now the home of the Hyatt Union Square, was for many years part of Book Row.

143 4th Ave, currently the east side of the street between 13th and 14th Streets, was once the site of the 13th Street Reservoir. Opened in April 1831, this reservoir was built to fight fires, not for potable water. Less than a month after its opening it was drawn upon successfully to put out a fire. 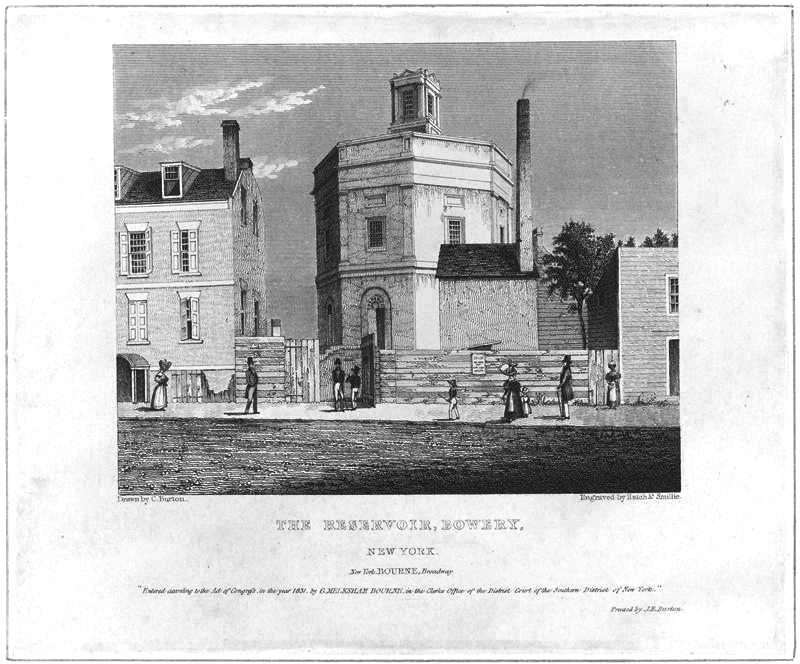 The Zeckendorf Towers apartment complex now stands on the northeast corner of 14th Street and 4th Avenue, But from 1905 or 1917 (depending on the source) to 1987, Klein Department Store was considered a more affordable alternative to stores such as Macy’s and A &S.

Read more about the history of the Bowery here.

0 comments on “A Tour of the Bowery, From GVSHP’s Historic Image Archive and Urban Archive”

1 Pings/Trackbacks for "A Tour of the Bowery, From GVSHP’s Historic Image Archive and Urban Archive"