Site of the New York Infirmary for Women and Children at 58 Bleecker Street (at Crosby Street.

The history of medical and public health advancements have played a key role in our neighborhoods’ stories. While the story of Elizabeth Blackwell, the first woman doctor in America is fairly well known, having launched the very first hospital run by and for women right here in our neighborhood, she had an array of women supporters that made that hospital operate.  One such remarkable woman was Rebecca Cole. Born in Philadelphia on March 16, 1848, Cole spent much of her life outside New York making critical advances in public health and social justice.  But a critical stage in the development of her career came here on Bleecker Street.

According to Villanova University’s Falvey Memorial Library “This is most likely a sketch of Rebecca Cole, the only known image of her. This image was part of a sketch of a medical lecture that appeared on April 16, 1870 in Frank Leslie’s Illustrated Newspaper.” Source: Library of Congress

In 1867, Rebecca J. Cole became only the second African American woman to receive a medical degree in the United States. (Another Rebecca, Rebecca Crumpler, M.D., who graduated from the New England Female Medical College just three years earlier in 1864, was the first.)  Of course Cole had to overcome enormous barriers to medical education. She graduated from the Woman’s Medical College of Pennsylvania in 1867. Her medical thesis at the Woman’s Medical College of Pennsylvania was titled “The Eye and Its Appendages.”  You can actually see it on the Drexel University Library website here.

Cole’s thesis, “The Eye and Its Appendages,” from 1867. (Drexel University College of Medicine Archives)

But after receiving her degree Cole immediately went to work with Elizabeth Blackwell at her New York Infirmary for Women and Children at 58 Bleecker Street (at Crosby Street). This was her first position as a doctor, and she chose to spend it at the newly-established hospital which was breaking new ground in terms of both providing medical treatment for women and treatment and giving women a leadership role and experience in providing medical care. Dr. Cole served as a resident physician. In her autobiography, Blackwell remarked on Rebecca Cole’s ability:

“In addition to the usual departments of hospital and dispensary practice, which included the visiting of poor patients at their own homes, we established a sanitary visitor. This post was filled by one of our assistant physicians, whose special duty it was to give simple, practical instruction to poor mothers on the management of infants and the preservation of the health of their families. … Dr. Cole, who was one of our resident assistants, carried on this work with tact and care. Experience of its results serve to show that the establishment of such a department would be a valuable addition to every hospital.”

Cole took her experience and knowledge from her time working on Bleecker Street and in the surrounding community and brought it with her around the country where she set up similarly ground-breaking institutions. She went on to practice in South Carolina, then returned to Philadelphia, and in 1873 opened a Women’s Directory Center to provide medical and legal services to under-resourced women and children. The Center specialized in legal and medical services.

The first building to house the Woman’s Medical College of Pennsylvania, in 1850. (Wikimedia Commons)

According to Charles Barkley’s Black History Month All Stars in The Philadelphia Citizen:

Cole’s firsthand view of poverty informed her public argument with sociologist W.E.B. DuBois, who argued in his landmark 1899 study, The Philadelphia Negro, that African Americans were dying of consumption because they were ignorant of proper hygiene.

Cole accused DuBois of collecting erroneous data from slumlords, and instead argued that high African-American mortality rates were the fault of white doctors, who refused to collect complete medical histories of their black patients.

She went further, challenging discriminatory housing practices and opportunistic landlords that kept black people living in unhealthy conditions and thus made them more prone to contagious diseases—justifying their continued oppression. Cole in turn advocated for laws that regulated housing that she called “Cubic Air Space Laws”: “We must attack the system of overcrowding in the poorer districts …that people may not be crowded together like cattle, while soulless landlords collect 50 percent on their investments.”

Cole was active in every area of life. In 1896 she joined generations of African American women activists in Washington, DC to organize the National Association of Colored Women in Washington, D.C.. Founders of this historic organization included Harriet Tubman, Margaret Murray Washington, Frances E. W. Harper, Ida Bell Wells-Barnett, and Mary Church Terrell. Cole is identified among the elected officers as serving on the Editorial Staff.

In 1899, Cole became head of a home that provided medical and legal aid to the homeless, especially children. She ended her remarkable life and career in her hometown of Philadelphia.

No. 58 Bleecker Street (at Crosby Street), which housed the New York Infirmary for Women and Children.

In their 1899 Annual Report, available from the Daniel A. P. Murray Pamphlet Collection at the Library of Congress, the officers of the organization praised Cole:

Dr. Cole herself has more than fulfilled the expectations of her friends. With a clear and comprehensive view of her whole field of action, she has carried out her plans with the good sense and vigor which are a part of her character, while her cheerful optimism, her determination to see the best in every situation and in every individual, have created around her an atmosphere of sunshine that adds to the happiness and well being of every member of the large family. 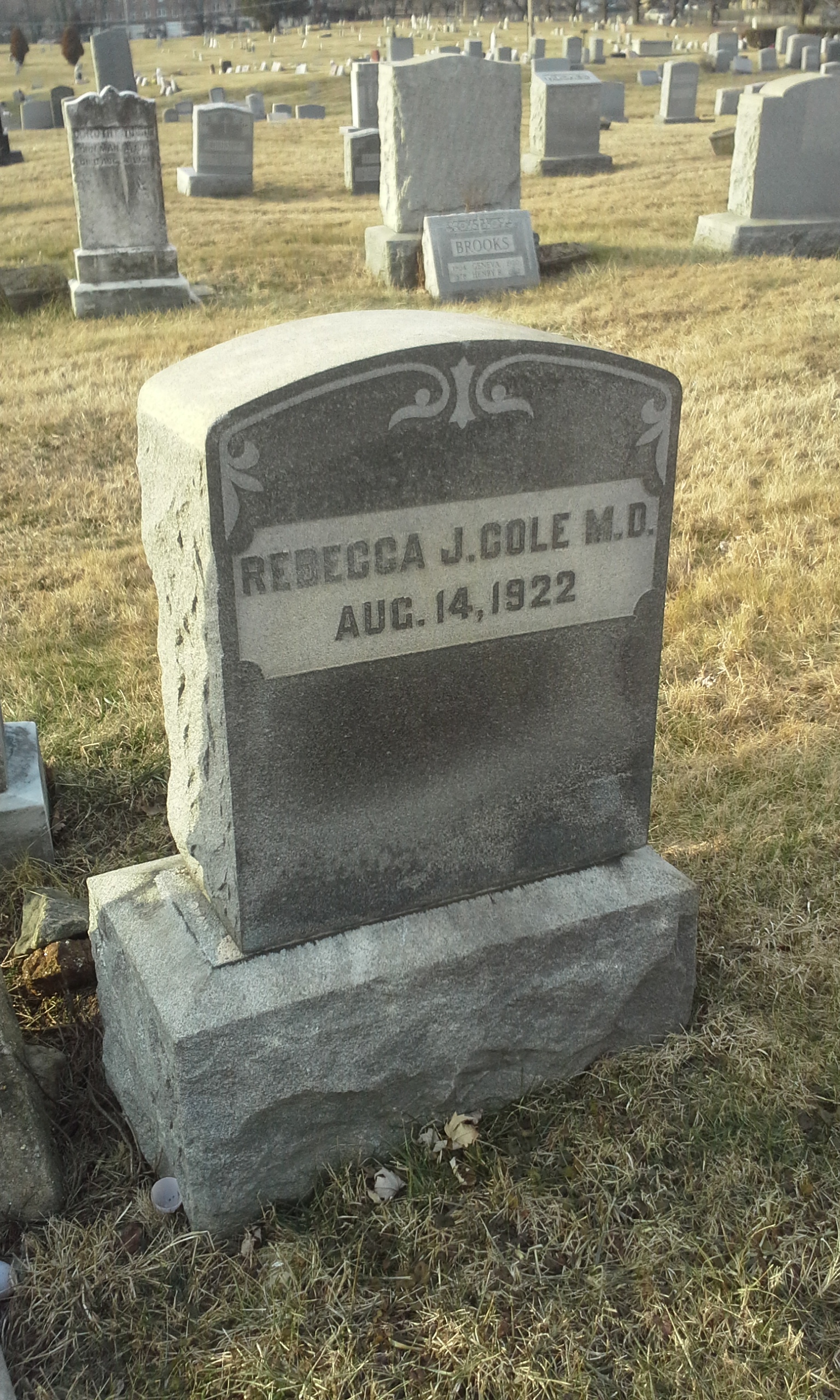